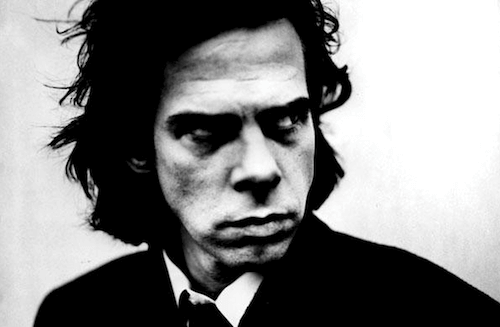 Ethereal, gloomy, intense. Nick Cave never compromises with his performance. He’s like a bird of prey when he’s up there and the Bad Seeds do everything in their power to add to his presence.

This is Cave’s first tour since his son died in 2015 and off the back of his new album “Skeleton Tree”.

No one was sure what to expect. Would he still be into it? Would he mention anything to the crowd? The answers were yes and no respectively. He is the consummate professional – something you don’t expect when you look at his past as a somewhat wild punk rocker.

Man, he does not mince his words. In the first number something wasn’t quite right with one of the stage amps – “fix this” he snarled at one of the members of the crew in front of the whole crowd – the crew member scurried around like a scared rat.

The set was a fantastic mixture of songs from his past two albums “Push the Sky Away” and “Skeleton Tree”.  You get the feeling that he needs to keep performing for his sanity. You could tell songs like “I Need You” and “Jesus Alone” were delivered with his son in mind – so powerful but so sombre.

He did get things moving with classics like “Red Right Hand” and “From Her to Eternity”. This is what we love about Cave and the band, they can go from subtle violin or piano based numbers to screeching electric guitar and wild drums in a heartbeat.

The audience got value for money with this show, with twenty numbers and a five number encore including arguably his best song “God is in the house”. A brilliant show. Next time you’re in a sombre mood check out some of his work, you won’t be disappointed.

Your AMS Nightlife St Patrick’s Day Playlist is your lucky Charm for Celebrating the Emerald Isle!

In honour of St. Patrick’s Day, why not add an Irish flourish to your music and fully immerse your team and customers in this…

AMS Nightlife knows music, so you don’t have to.

Why Christmas Music Is the Comfort We All Need Right Now

As we approach the end of a truly difficult year, Christmas lights, trees and decorations are offering some comfort, normality, and excitement. It seems Christmas music is the…